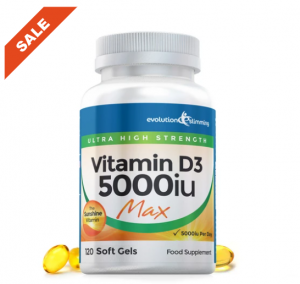 One of the greatest gifts a man can treat himself to is some added health and given that those in the northern hemisphere right now can’t take in a lot of sunlight, one of the key vitamins missing from this existence is vitamin D, which if suspicions prove correct, may be added to the list of treatments for Covid in the UK soon.

Research began in Andalusia in November 2020 which began distributing calcifediol, a vitamin D supplement to care home residents and some GP patients. At the time this autonomous region in Spain had 187 cases per million, higher than the UK that month, and at the start of January, it had dropped to 11.

Given roughly 80% of fatalities occur in the eighty and above age bracket, and that the death rate has almost halved in this group after being prescribed activated vitamin D, it has given many governments serious food for thought.

“Activated vitamin D” will increase calcium levels in the blood, helping to keep the bones strong and healthy, while it may also be used to prevent or minimize the kidney disease hyper-parathyroidism.

Calcifediol is a vitamin D3 supplement. Vitamin D is crucial in treating acute respiratory infections as well as having a positive effect on lung function which could prove essential in the fight against Covid 19.

The UK have now stated that research on the link between vitamin D and Covid is being kept under review with Public Health England (PHE) to keep tabs on emerging data, where authorities now are “encouraging” rather than “advising” taking the supplement.

Vitamin D3, known as the sunshine vitamin, is found naturally in the body where it is synthesized in the skin when the suns out. At least 300% more functionally effective than D2, during the winter season, D3 levels drop where it is estimated that approximately 40% of UK citizens become dangerously deficient.

Of course there are multiple factors all contributing to a persons well being, but tipping the numbers more in your favor can’t hurt.

Calcifediol has an International Unit (iu) measurement of 5000 – 5,000iu is a max strength Vitamin D3 supplement.

That is not to say you can’t go higher, where doses of up to 10’000iu have not been shown to cause toxicity in healthy folk, however 4000iu is the advised mean according to the Institute of Medicine.

Extremely important in bone health, those over 60 are especially encouraged to take vitamin D3 supplements as a daily intake can assist in reducing your chances of a fall due to muscle instability and weakness.

Vitamin D is very cheap like dexamethasone the corticosteroid, which is now administered to hospitalized patients worldwide. Vitamin D3 – specifically the measurement of 5000iu, should not cost you more than $10.

Most people should be taking higher levels of vitamin D than had been previously suggested it is argued.

This is due to the change in western diets: foods like salmon, tuna, mackerel and fish liver oils which are among some of the best sources of vitamin D3 are no longer a part of our staple diet.

Not consumed regularly enough it’s imperative that you get enough sun exposure and lacking that, that your diet is rich in D3. 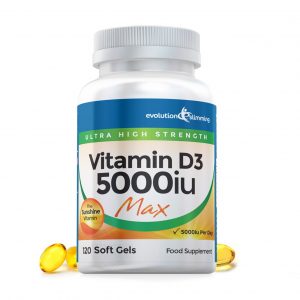