How does penis enlargement surgery work? 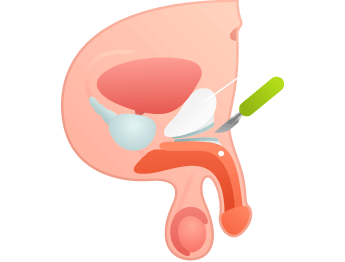 How does penis enlargement surgery work – what  happens when you go under the knife?

Unlike most penis enlargement techniques, penis surgery can work. However, there are inherent risks, and the results may deliver less than a measured success rate, so how does penis enlargement surgery work when you go under the knife?

Published in European Urology, one 2006 study found that the average length gained will be less than one inch. Plastic penile surgeon Mark P. Solomon, MD from Philadelphia, is one surgeon who agrees that the results are modest but has argued the results maybe sometimes more effective.

There are 2 types of penile enlargement surgery

The lengthening of the penis

The penis is connected to your pelvis with what’s known as the suspensory ligament, a tough fibre. Holding back some of the penis shaft, there is short part of this which is hidden inside your body.

Surgery for lengthening the penis involves cutting the ligament which releases the tension and theoretically the shaft should become more outwardly visible.

However, to prevent the ligament from reattaching, you will probably be advised to attach a stretching device on a daily basis, or the FDA approved Phallosan is most men’s first choice as it’s by far more comfortable than a rigid frame.

The widening of the penis

The original procedure to widening the girth was to take fat from somewhere else in the body and inject it into the shaft to bulk it up.

However this technique proved useless after time. The fat would get partially absorbed and your penis would be left looking lumpy.

Described as looking like cobblestone streets, a newer version of this technique now uses implanted allograft, which is tissue harvested from cadavers.

This is now a common type of tissue that s used in many types of reconstructive surgery. Surgeons who do the procedure say that the allograft will last much longer and provide a better result, but the jury is still out as to how permanent this type of surgery is.

Additional penis enlargement surgeries are available. For extremely overweight or obese patients, the fat at the base of the penis can be removed through liposuction.

As such procedures cost an arm and a leg, some surgeons will do both lengthening and widening at once as a special deluxe package, while others prefer to do them in stages, as will the patients themselves as recovery from one operation can be months.

The biggest obstacle with penis surgery though is the cost. Penis lengthening can cost anywhere from $5k to $10k. With girth widening though there is the cost of the allograft alone which is ranges from $5,000 to $7,000 omitting the cost of the surgery itself. For the full Monty, you might easily need more than $20,000.