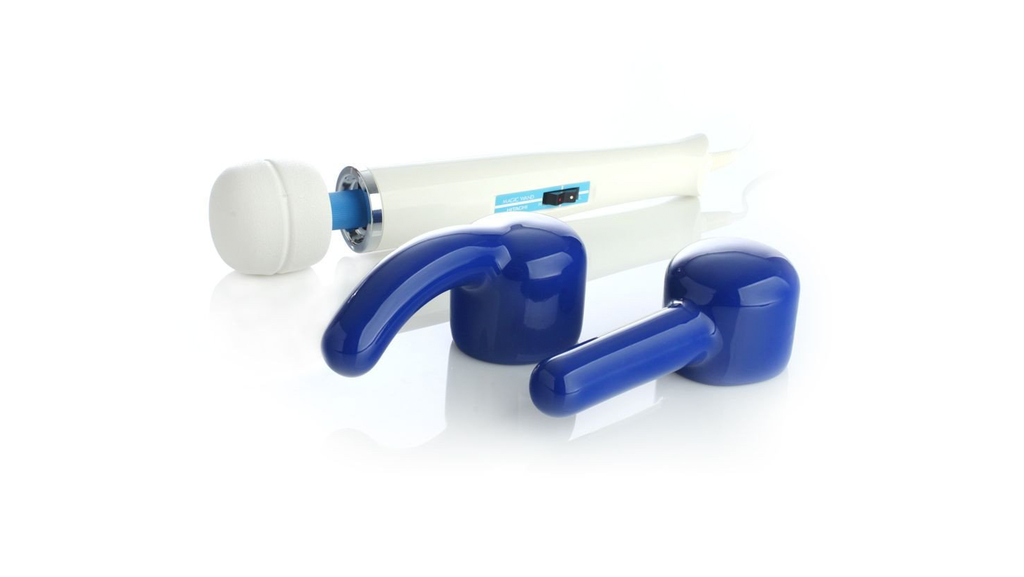 years on, the Magic Wand still sets the bar for personal hand-held massagers. Used alternatively as a back or neck massager or to help loosen tight leg muscles after a run or cycle – and described as the “Cadillac” of personal massagers, its repetitive ultra-firm vibrations on their latest Magic Wand Hitachi Cordless, provides systematic pleasure and sexual stimulation quite unique to brands that have come before.

Firstly however, beware of counterfeit Magic Wands which have sprung up from China. Littered across Amazon are second rate products which are sadly being advertised as the real McCoy and subsequently have found themselves on the best sellers list.

A quick scroll down to the buyers feedback section highlights this tale: Trash | Don’t buy this product! | Total waste of my money | Stopped working | I bought this as a replacement to my Hitachi wand … | Poor quality – not worth the investment | The plug in wand is junk – all receiving one star ratings respectively.

That said, the murky world of Amazon comments continues to receive publicity, where in September 2020 BBC Newsnight focused on the new tactic sought by company competitors to attack their competition with one star reviews. If a Sellers rating drops below 4.5 stars, that’s generally their business done with, so tread with caution but common sense when shopping on Amazon for pleasure toys.

On a different note, one other problem this product faced was that back in 2013 when Hitachi discontinued making their Magic Wand for reasons of wanting to disassociate themselves from this niche, Vibratex took up their mantle and subsequently Hitachi’s HV-250R device which ran originally on a 20-watt device has now been tamed down a fraction into the Vibratex HV-260 which deploys 10-watts.

The result in this case, is a watered down version of the original product [which can no longer be bought] being flogged on Amazon with second rate parts. Vibratex were given the sole licensing rights of the Hitachi Magic Wand to sell solely in the US and Canada, but the market has become flooded and the production of its materials has seeped into China.

To make sure you aren’t getting fleeced and the variable speed controller works, vibration is strong and you don’t end up with the settings button backwards with cheaper materials and stickers in the wrong place, you should purchase from a reputable manufacturer, not necessarily from online markets like ebay or Amazon, it will be hit and miss.

“It’s the size of a nectarine!”

You may pay an extra five or ten dollars on a product where licensed retailers are bound by product regulations and who can’t compete with knock-offs prices – but quality in this department should far outweigh the cost one would argue, and given that the Magic Wands head is the size of a nectarine, you’re going to want the right materials.

Guaranteed to satisfy, the Fleshlight dual package, manufactured in the US, priced on par with lower quality repro’s, includes both The Wonder Wand and the G-Spotter, powered through both cord and battery respectively.

However, once restricted to a six foot lead, the Hitachi Magic Wand now comes “unplugged”, but this comes with a price hike from $124.99 $149.99

Material used in the production of the Fleshlight Hitachi Magic Wand (not to be confused with Amazons authentic Original Magic Wand) is Medical Grade Vinyl – a specialty textile designed specifically for the healthcare industry: MGV is a type of fabric that is antimicrobial, flame resistant and impenetrable to common odor and liquid contaminants.

And its soft silicone head provides both a flexible and powerful neck, a brushless motor and 4 intuitive controls.

Are there 2 or 4 levels of intensity?

On the earlier and current models which plug straight into the mains there are just two levels but the latest cordless model incorporates 4 alternating states of pleasure – 3 pulsate and vibrate on varying degrees of strength, while the fourth delivers an escalating pattern.

Down from 20 to 10 amps, this has been an occasional niggle among commentators, but to add a little perspective, an electric chainsaw uses 12-15 amps, so perhaps intensity is less the issue but rather the application.

Many women have voiced their inability to finish in under a minute using typical vibrators is a challenge less well publicized, but using the slower frequency this has had the unintended consequence of allowing you to breach your orgasm earlier.

As one lady noted, the extra cash spent [on the cordless] was unnecessary. This verified purchaser in her late 50’s who states that she had trouble lasting barely half a minute found the wand operating at the lower speed more than adequate.

The Magic Wand by Fleshlight also comes with 2 useful add-ons – the Wonder Wand and the G-Spotter.

1. The Wonder Wand is 3.75″ in length and 1.125″ in diameter for which you can slide the free latex sleeve over to increase sensation.

2. The G-Spotter from Magic Wand is a curved attachment and sometimes referred to as the Vibe Rite G-Spot Massager. As you can see from its fit, the Magic Wand microphone head if you like, slips into the G-Spotter where you work your extatious magic. 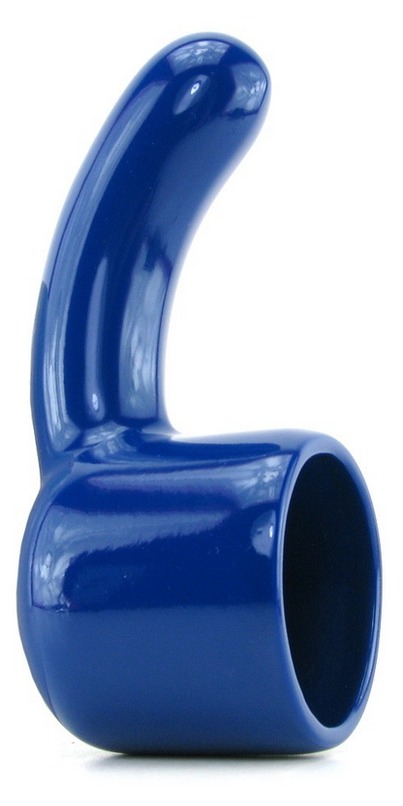 Note: If you want a truly genuine Hitachi Magic Wand, one that was manufactured in Japan, prior to Chinese global hegemony, it is reported you can purchase pre-1995 models on eBay – mid 1990’s models have yet to be counterfeited. Replace the head for $10, give it a good clean and you potentially have a product that will last a lifetime.

Second to that are US made products and then it’s a case of filtering the wheat from the chaff.